Apart from providing simulation services and distributing simulation software, SimPlan has been developing its own products for many years, like object libraries for Plant Simulation by Siemens PLM Software or complementary tools. Now SimPlan’s subsidiary in Regensburg presents the latest product, SimAssist.

The basis for SimAssist was developed in the research projects AssistSim and EDASim, the first of which was awarded 2nd place at the 2011 Hessian Cooperation Awards. The system facilitates the professional processing of simulation results, which up to now no commonly known software on the market could do. Not only can simulation data be managed with SimAssist, the user can also analyse the data in various ways, optimize it and transfer it into a project documentation. This leads to a major workload reduction for all simulation users and significantly fosters the return on investment.

SimAssist has a modular structure. Building on a basic module (4base), the different modules can be chosen freely and adapted to the users’ individual requirements. It is also possible for users to get a developers license and develop their individual plug-ins, which again emphasizes the modular and flexible character of SimAssist. This way, users can create a software that is targeted to their own needs and are actively involved in creating their personal software for simulation users. The already existing tool SimView, frequently used for example in the automotive industry, will be integrated in SimAssist as an independent plug-in in the 2view module.

“With SimAssist, we have created a tool which gives us and all simulation users valuable support in the execution of simulation projects. With quick analyses and consistent transparency within a project, the increase in efficiency is measurable” says Stephan Stauber, branch manager of the SimPlan subsidiary Regensburg.

If you are interested in taking a closer look at SimAssist, you can get a test license at www.simassist.de. 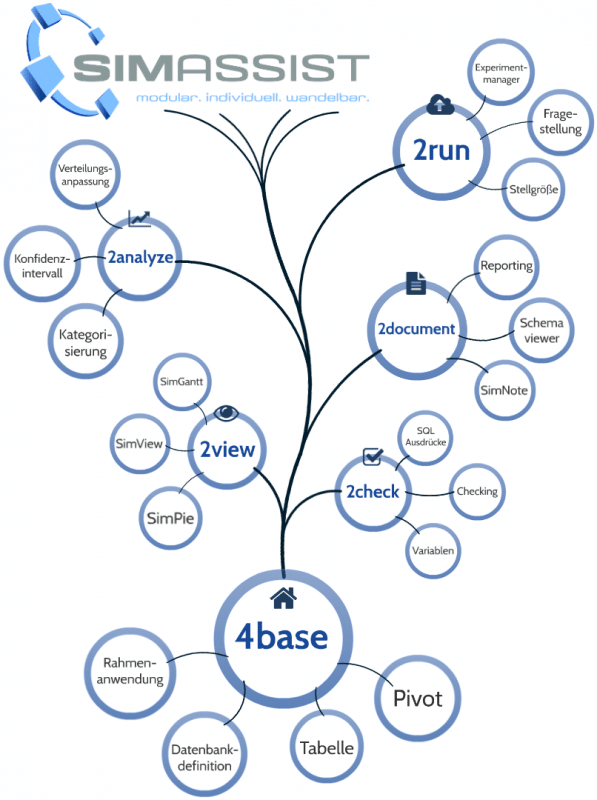