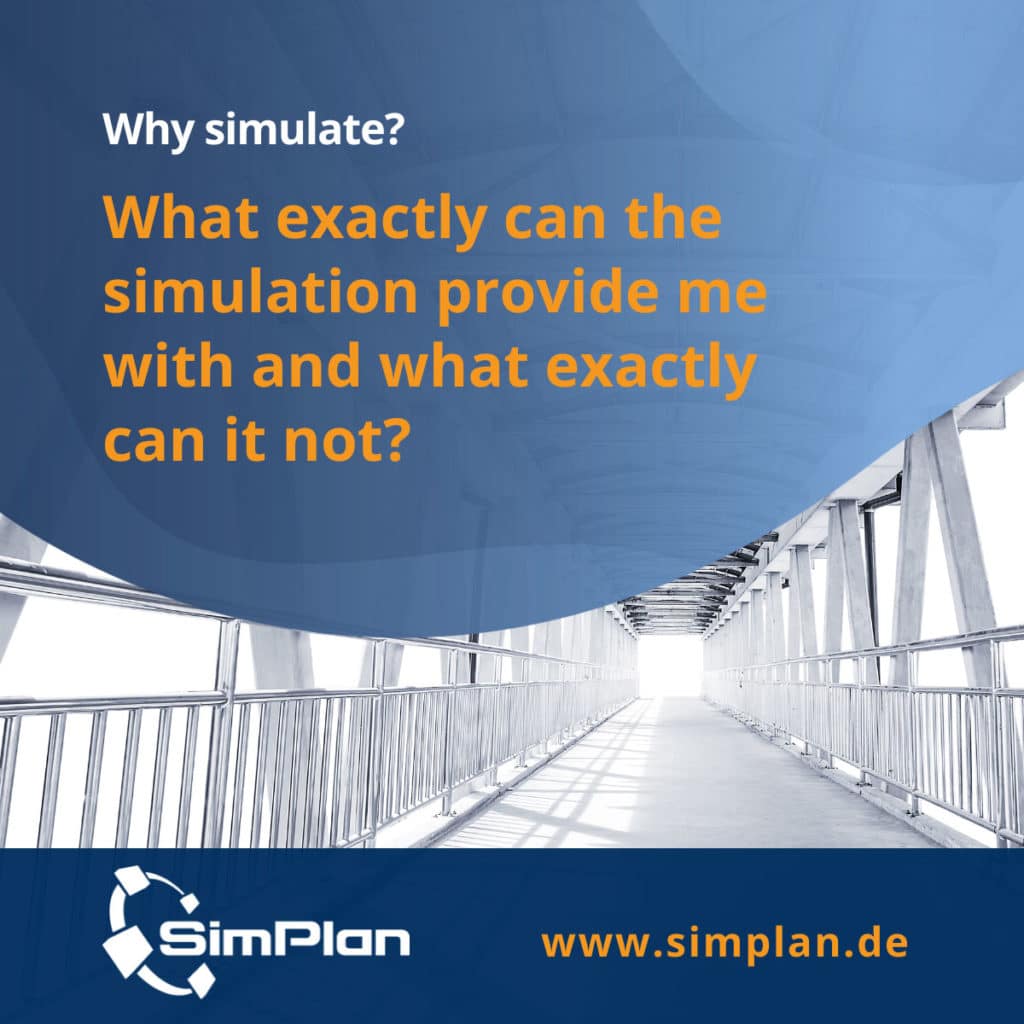 “Of course, we would also like to have a tool where a red light goes on during the simulation run and you know immediately: there is the bottleneck. Unfortunately, that is not the case. The complexity of the processes makes it impossible to have such a red light go on, because you would have to define what a bottleneck actually is. And that is certainly a challenge.

But I get figures, data, facts, various statistics, information about the entire system and can thus analyse – yes, where has the buffer overflowed? Which machine has 100% capacity utilisation? – and thus have information to possibly identify the bottleneck. But who does that? Yes, that is still done by the human being in front of the machine, who has to analyse these numbers, data and facts.

Basically, the simulation is nothing more than a mirror of a situation that I have artificially created here, and when I then make deductions, the human being must again incorporate this into such a simulation model.

Of course, there are optimisation methods that can be used to carry out such optimisations automatically on a simulation model, some of which are also provided by the tools or which we then introduce into the tools.

But as I said, it is not an automated system. It does not replace an APS system, a scheduling tool or the like. These are domains for which these tools were specially created. There is also no automatic layout optimisation. As I said, this is done by the human in front of the computer.

But it is important for us to transport simply:

We have moved away from gut feeling, the person in front of the computer now has a model with which he can objectively argue with numbers, data, facts, why he is carrying out one or another decision in the process. And that is the absolute added value.”

We answer more questions about simulation in our FAQs: www.simplan.de/faq-simulation/.