There is still a lot to do in the flood plains of the Ahr, Erft, Urft and Olef rivers

There is still a lot to do in the flood plains of the Ahr, Erft, Urft and Olef rivers 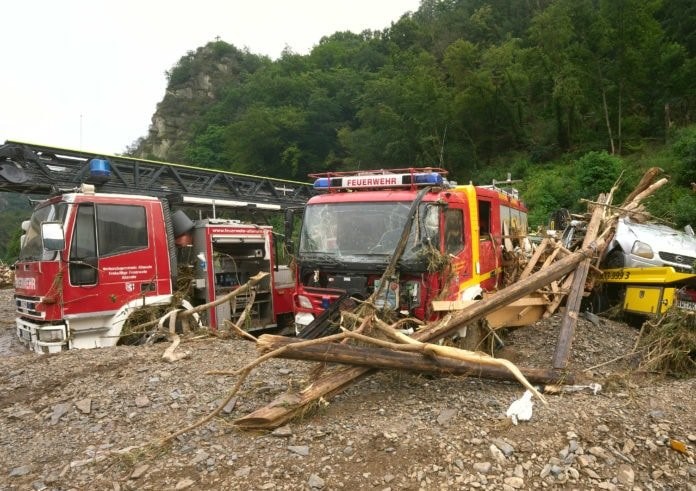 The flood disaster this summer has caused massive damage, not only many private households have been affected, but also numerous companies have suffered considerable damage. Among the damaged are also customers of SimPlan AG and so the desire to help arose. One of the heavily affected customers of SimPlan AG is the Hellenthal based company HOLTEC GmbH & Co. KG. Together they thought about how to help directly and unbureaucratically.

In the youth organization of the fire department Schleiden about 60 girls and boys between the ages of 10 and 18 are currently involved. Due to the pandemic, the young people were not allowed to meet for more than 1 year. In addition, the flood now puts the work of the youth wardens down. Not only are several vehicles and apparatus houses destroyed, but the equipment and protective clothing of the youth fire department has also been severely decimated. On the priority list of the municipality other things stand at present in the foreground and thus the danger exists that the commitment in the freiwilligen youth fire-brigade becomes unattractive, the urgently needed new generation is no longer secured.

To remedy this situation, SimPlan AG has decided to help at this point with a donation of 1.500,-€.

Mr. Udo Hörnchen, technical manager of the company HOLTEC GmbH & Co.KG and also involved in the youth fire department, thanked the company warmly for the donation: “It is important that after all the Corona and flood-related negative experiences something is done for the committed young people and that they get the feeling of being important.”