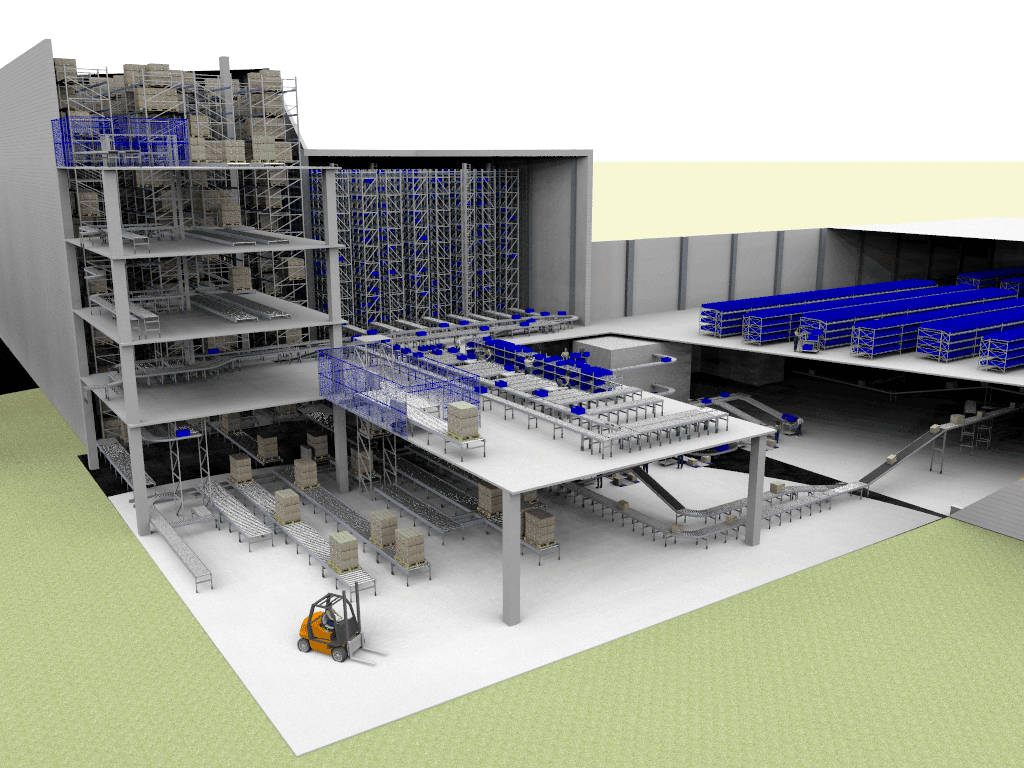 An impressive and realistic 3D animation facilitates the understanding of planned systems. In addition to the spatial idea, the dynamic 3D simulation gives an impression of the movements and transports in the plant. This means that the machines and robots are working, containers and pallets are running on the conveyor system and you may encounter a forklift truck on the way.

With the help of VR goggles, you can immerse yourself directly in the plant and walk through it virtually.

In addition, the dynamic simulation goes one step further – you can interact with the plant. This means, for example, that you can operate a workstation in the planned plant. Based on this functionality, workplaces such as picking or assembly stations can be developed and tested virtually.

After a short familiarisation phase, work performance and utilisation can be measured, ergonomics assessed and possible improvements in the design or control of the workplace identified. While changes in the simulation model can usually be made within minutes, the reconstruction of a physical prototype is much more time-consuming and lengthy. Another major advantage of the virtual workplace is the generation of a realistic workload as well as the analysis of the effects on the overall system.

See for yourself how effective our solutions are!