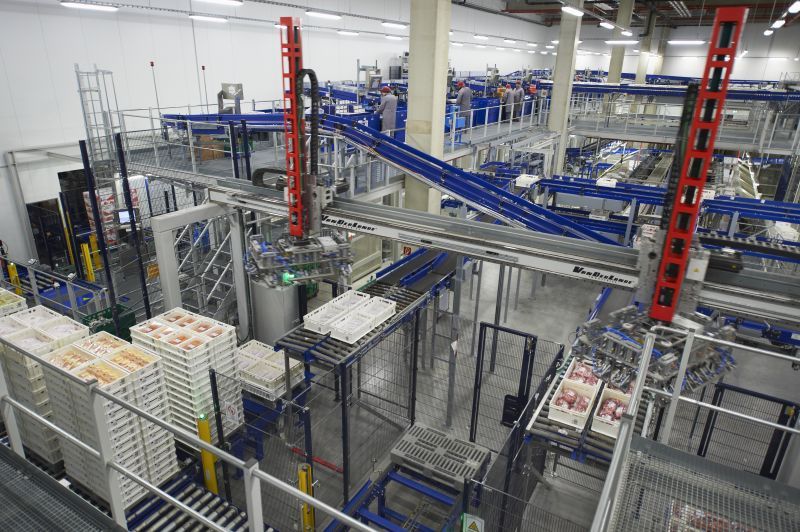 Simulation of a meat warehouse for EDEKA Südwest Fleisch GmbH

EDEKA Südwest Fleisch GmbH has built a new, highly efficient meat processing facility in Rheinstetten (Germany). Since mid-2011, meat and sausage products are produced there and delivered to more than 1,250 stores of the food retailer EDEKA Südwest.

System supplier Vanderlande Industries GmbH was awarded the contract to build the logistics system in between production and distribution. In order to safeguard planning and investments, SimPlan Integrations GmbH was subsequently commissioned to simulate the entire system.

The challenge of the project was to plan a highly dynamic, 20-aisle shuttle system that serves as supply warehouse for order picking and as buffer storage for distribution at the same time. Distribution requires that the E1 and E2 containers and boxes in the system are stored in exact order on the standard lattice box vehicles. All this requires the shuttle block to store more than 7,000 loading units per hour.

The project was realized with the simulation tool AutoMod. The following sections were modeled strategically and in detail: 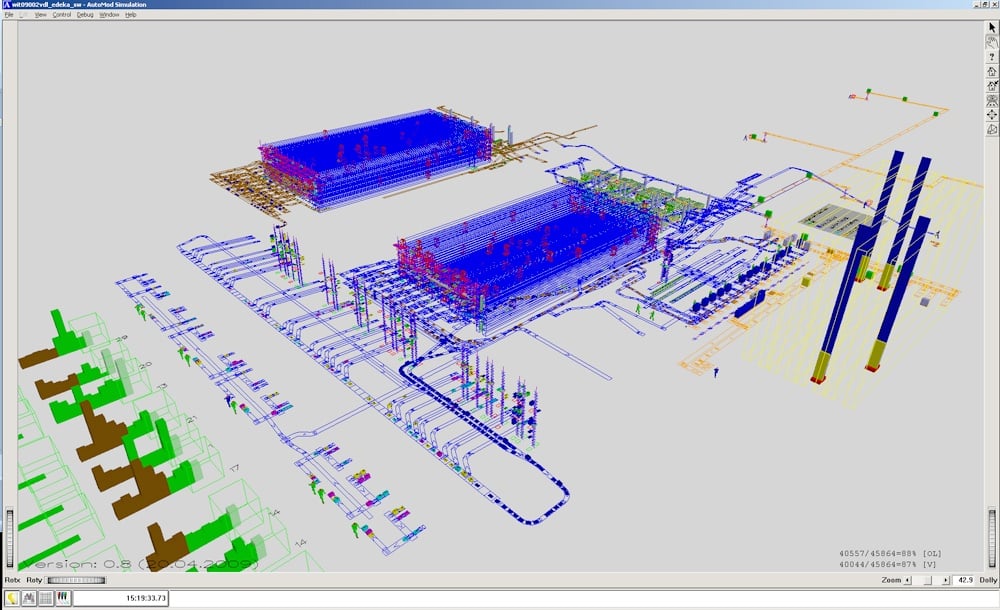 Fig. 1: Model with offset view of the individual subsections
Fig. 2: Area of the goods-to-man order picking

Due to the high performance requirements on all parts of the system and the strict sequence in which the dollies have to be loaded, it was decided to simulate the system in great detail.

The customer provided projections of future order amounts, based on which all logistics processes were set up in the simulation model. In workshops with Vanderlande, suitable high-performance strategies were developed and parameters defined.

During all processes the products were tracked individually, throughout production, storage, inventory, reservation, picking and shipping. As part of this detailed study, all goods flows from the high-bay warehouse to the shuttle block, as well as from the shuttle to the order picking areas, were simulated and the performance and capacity optimized.

In the storage process, it was important that all articles were distributed in the shuttles in a way to facilitate a high-performance distribution that ensures an error-free order sequence.

All the results and strategies of the simulation runs were documented and applied to the real system. Here it has become clear how very realistic the simulation was. The use of simulation is indispensable, especially for complicated systems, because it prevents technical over- or undersizing and allows the determination of parameters and strategies already at a very early stage in the project.